For those of you who’ve been around the interwebs for more years than you can remember, you are probably aware of the infamous John MacAfee and the sad unravelling of well, a genius of sorts.

British-American software tycoon John McAfee was found dead in his cell in a Barcelona prison on Wednesday.

Spain’s high court – the Audiencia Nacional – had just hours earlier agreed to his extradition to America to stand trial. He was accused of tax evasion, and of breaking securities law while pocketing $23m from cryptocurrency promotions and associated deals.

Full story from The Register™ 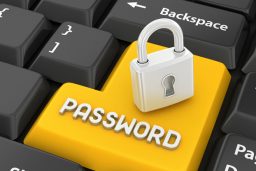 Not passwords again!? Yes, we’re afraid so, hence the title of this post. We’ve discussed passwords on different levels and for different reasons and here we are again. We make no apology for bringing this dull but all-important subject to the fore once more. You see, we only ...

Hack Brief: Over half of organisations were successfully phished in 2019

Nearly 90 percent of global organizations were targeted with BEC and spear phishing attacks in 2019, reflecting cybercriminals’ continued focus on compromising individual end users, a Proofpoint survey reveals. For the full report and a must read : Help Net Security ...